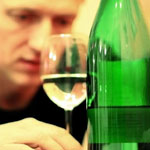 Alcoholism (alcoholismus), chronic alcoholic intoxication, drug dependence, etilizm – is a disease, physical and psychological dependence from ethanol drinking (alcohol, alcoholic drinks).There not just psychological and physical disorders, withdrawal symptoms – hangovers, blackouts, alcoholic cirrhosis are consequences of alcoholism but also the loss of the your “I’m” – your dignity. Alcoholic ceases to control himself, becomes aggressive and unable to think sensibly.

The community suffers from alcoholism

For better comprehension of alcoholism effect let’s see into type of society resemble to a human community. In any society exists its strict hierarchy and distribution of duties. All are controlled by one. In close proximity to him are ten or a few more the closest ones, which give to master all manner of signs of attention and solicitudes. The overwhelming majority are engaged in active work and keeping livestock that helps to subsist.

This is an ideal society.

According to scientist observations, the life of anthill is arranged this way. Ants are creatures being closest to a human on Earth by their society structure. For better understanding of the point of theory is necessary to clarify some positions.

The anthill nest is controlled by queen, the female, who flyblows for reproduction. There are some more than ten close ants right at couch of the queen, and they feed and lick her. Being predators anthill inhabitants subsists, pulling everything into the anthill and here raise cattle which acts as aphid. Ants care about aphid and feed it nectar.

If we add to this that insects have a well-developed sense of protection over the feeble “community members”, than will be difficult to object the scientists, which draw a parallel between the anthill and the human community life structure.

These two parallel worlds of ants and people life also have negative features.

Sometimes a hazel beetle of lomechusa settles in an anthill. And put his own eggs instead of ant blow, since there is no difference between them. In order to prevent the empties of ants to deport the alien, the beetle of lomechusa secrete substances by its effect similar to narcotic, hosts “feast” and a kef begins. The ants-tasters ask more and more and the quest shares with a pleasure, getting for that worship and with appearance of foreign offspring the already take care about it.

And the kef takes the characteristics of a habit and an exigency.

Lomechusas in a human society 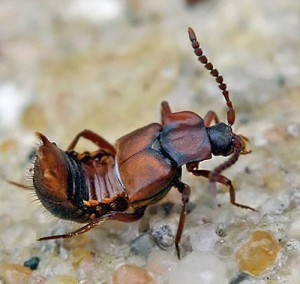 A human is much more developed being. He improved this primitive picture of a parasite behavior in society, but without a use for its individual members. In a human community “beetles” have two subgroups: one group delivers “dope”, and another one organize indoctrination of the “anthill”. Tell me, who did not come across advertising of alcoholic drinks and beer on television and at the newspapers? Sometimes it comes to absurd, when young parents are suggested to plan their baby’s sex. In order to be born a girl, the future mothers are recommended to eat more candy, and to be born a boy, should be drunk a beer and even be added a bit of alcohol for a dinner.

Note that few offers not drink. Vice versa, there are two directions of propaganda: “to drink carefully” or “to drink culturally”. And even those, who offer their services to get rid of disease, do it with a proviso, that process is not disinterested.

Human representatives of lomechusa began to intensify in society in the middle of the last century, when people were still ashamed to sot too much. Gradually the community has being instilled, that after a glass of wine just a drunkard has a headache, and there is no harm for those, who know a measure.

The masses took on trust: if during the ten years, beginning from the 40-ss years of the last century, every soviet soul on the average has drunk less than the average European one, so from 60-s outstripped an old Europe, and in another five years the world record was broken twice.

And nowadays in our country the majority pals with an alcohol. Somebody “receives communion” on holidays and during the solemn moments and somebody “takes on chest” everyday as a professional sportsman exercising.

The formation mechanism of dependence from an alcohol 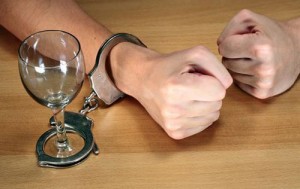 In course of time the reason to drink develops into a pernicious habit. And it ends with drinking having no reason.

Some try to comprehend the situation and wonder: “What is necessary to drink less, for example, just on holidays or when “there is a reason” for that? Note the statement of a question asking by drinker at the psychiatrist reception: “How to become drink less?” but not “what to do in order not to drink at all”!

To find out is it possible to control drinking, it’s necessary to understand the mechanism, which formatting an alcohol dependence. Let’s remember the outstanding characteristics of an alcohol behavior in a human body:

And the uncontrolled demand on alcohol starts and at this point no one willpower will help. Except such phenomenon as acetaldehyde also there are detected another mechanisms of alcohol dependence formation.

This implies that the alcohol dependence has a biochemical character:

Leading down the stairs down to alcohol dependence

As a psychological disorder alcoholism is forming gradually. At first the only desire that spring up is a desire to “pour and drink”. And then the body requires “the continuation of a banquet”, to pour more and more often. And the finishing stroke is irritation if there is no a bottle.

All alcoholics smoothly and quietly take three stages of falling:

The last stage becomes like habit, which reign in an anthill under the influence of lomechusa drugs: the movements of ants, getting drunk from harmful liquid, are inert, and insects do not engage in searching food and work in an anthill, they just gad about.

Contrary to inculcated misleading opinion, that source of alcoholism just in strong drinks, the legs of this trouble grow also from glass of beer. Young people mistakenly believe that beer is a low-alcohol drink. Pay attention at a “percentage”, listed on the beer bottles labels. How many are showed there? There is different percentage at the different labels, to 14%. Alcoholic concentration is equivalent to fortified wines. According to the parents of contemporary fans of “low alcohol drinks”, din times of their youth, during USSR, the concentration of alcohol in beer was maximum 6%. So, if during the old times it was possible listening to the “theory of cultural drinking”, than nowadays is necessary to peer at labels of beer bottles, and to specify the drink concentration of alcohol.

A special specialists’ disquietude is caused by adolescent and women alcoholism.

The clinic of early teenage alcoholism differs much from similar processes in adult organism. At first, to pour public a bottle of beer into yourself, that caused by elementary bravado afore peers, by the desire to assert yourself at youth, to show you are grown your years. Very soon, already in tree-four months, the bravado becomes a habit with uncontrolled pathology of attraction. 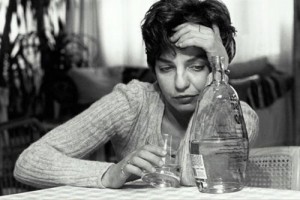 There are observed two sources of it:

Offer to take the anonymous test sitting directly in front of the monitor. Answer, please, the questions and in case of affirmative one tick:

Have you get read attentively? Did you check of? If there are more than three, it’s a serious bell for anxiety.

Instead of an epilogue

The scientists, who explore the influence of lomechusa to an ant family, having seen the critical point of the anthill degradation, cleared it from alien bugs and transport health insects to a new place. They have settled down well there, and for undefined reasons, acquired immunity from harmful substance of vermin.

Video “Alcoholism is a road to death”